Red: Until We Have Faces

How have I managed to accumulate so much Christian rock onto my iTunes? I would like to know. But, for now we’ll listen to Until We Have Faces by Red.

I always put the album cover images in the entries, not only to take a look at something, but some album covers are pretty awesome, you gotta admit. Red‘s cover for this album was probably pretty simple, but it does the job and would be something that made me look twice at their CD. Also, Wikipedia tells me that this band is based in Nashville, TN, and that happens to be one of my favorite places. Two thumbs up already. 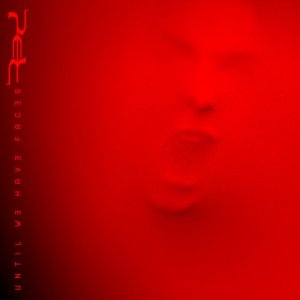 Feed the Machines is the first track on the album and it really pulls you in. It reminds me of some other bands I’ve heard on rock radio lately – you’ve heard the ones I mean because the instruments seem to be “harder” than the vocals. But I tend to like that in a band, so this song is alright by me. I’m also a sucker for bands/artists who put slower, classical-sounding tunes at some point in their songs and Red gets the party going at the end of this song.

This album is the third full-length album released from the band and the first two earned them some Grammy noms for Best Rock Gospel Album. I can tell that this band is on their game in Faceless.

Let it Burn is a slower track and I really think the entire band benefits from this slowed down track. Michael Barnes really shines on lead vocals in this song because the guitars and drums aren’t overpowering him for once.

If I thought that track was slow, fast-forward to Not Alone. This is much slower and not quite as on point. This band is better suited for “slow” songs like Let it Burn.

Maybe it’s just my personal taste, but I like songs like Who We Are. I have to be in a mood for the hard rock/screamo/whatever stronger genre you wanna name, but I really love me some good ole rock music. I think this song is the perfect song for this band. Probably my favorite on the album.

I thought the band wasn’t affectionate toward slower songs, but the second half of the album is dominated by them, and the songs that aren’t slow kind of sound the same. There were a couple of times where I had to check how long a song was cause I thought it wasn’t over yet and the song had actually switched – I just hadn’t realized it. Alright album. I still don’t grasp the whole Christian rock genre, but that’s probably a separate thought process and another blog entry.
Key tracks:
Let It Burn (track 4)
Who We Are (track 9)
Faceless (track 2)

4 thoughts on “Red: Until We Have Faces”