Today, I helped set up a jumbo (albeit artificial) Christmas tree. I also just finished up making some spoon reindeer ornaments that will be sold at the same function at work. One of my favorite people has been in the Christmas spirit for weeks. And today, Justin Bieber releases his Christmas album. 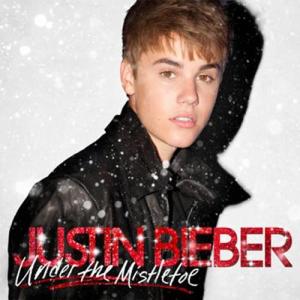 Yes, I’m going there. I know it’s  only November 1, and I know it’s Justin Bieber. But really, I may as well go for it.

The first track Biebs released from the album, Mistletoe, is a bit uncanny. I’m not sure how I feel about “shawty” being in a Christmas song, but the video is adorable.

The Christmas Song is one of my favorite songs to listen to as I put up Christmas decorations, and Justin Bieber and Usher do this song some justice with their rendition. I’m glad Usher decided to jump on this track – I could listen to him sing the phone book.

Santa Claus Is Coming To Town gets a revamp on Bieber’s album with a bit of a jump on the tempo – and the background even sounds like a Jackson 5 song, I’m not going to lie. And I love every second of it.

When I see Boyz II Men a track, I know it’s going to be on point. Fa La La is a pretty cute original Christmas song and Boyz II Men only make it better.

All I Want For Christmas Is You is one of those songs that you just can’t not sing along to, ya know? Miss Mariah Carey makes an appearance with the Biebs on this song. Smart move to put this on the album, as well. I can’t imagine how many hearts this will melt.

I can’t decide how I feel about a rapping Bieber, so I’m not going to comment on Drummer Boy.

Christmas Love has to be the best non-traditional Christmas song on this entire album. It’s beyond cute and I can absolutley see myself listening to this more than once.

After all of this Christmas music and the combined events of the day, I’m ready for the holiday season. I only have to get through Thanksgiving first. Are you all to the point of listening to holiday music yet?